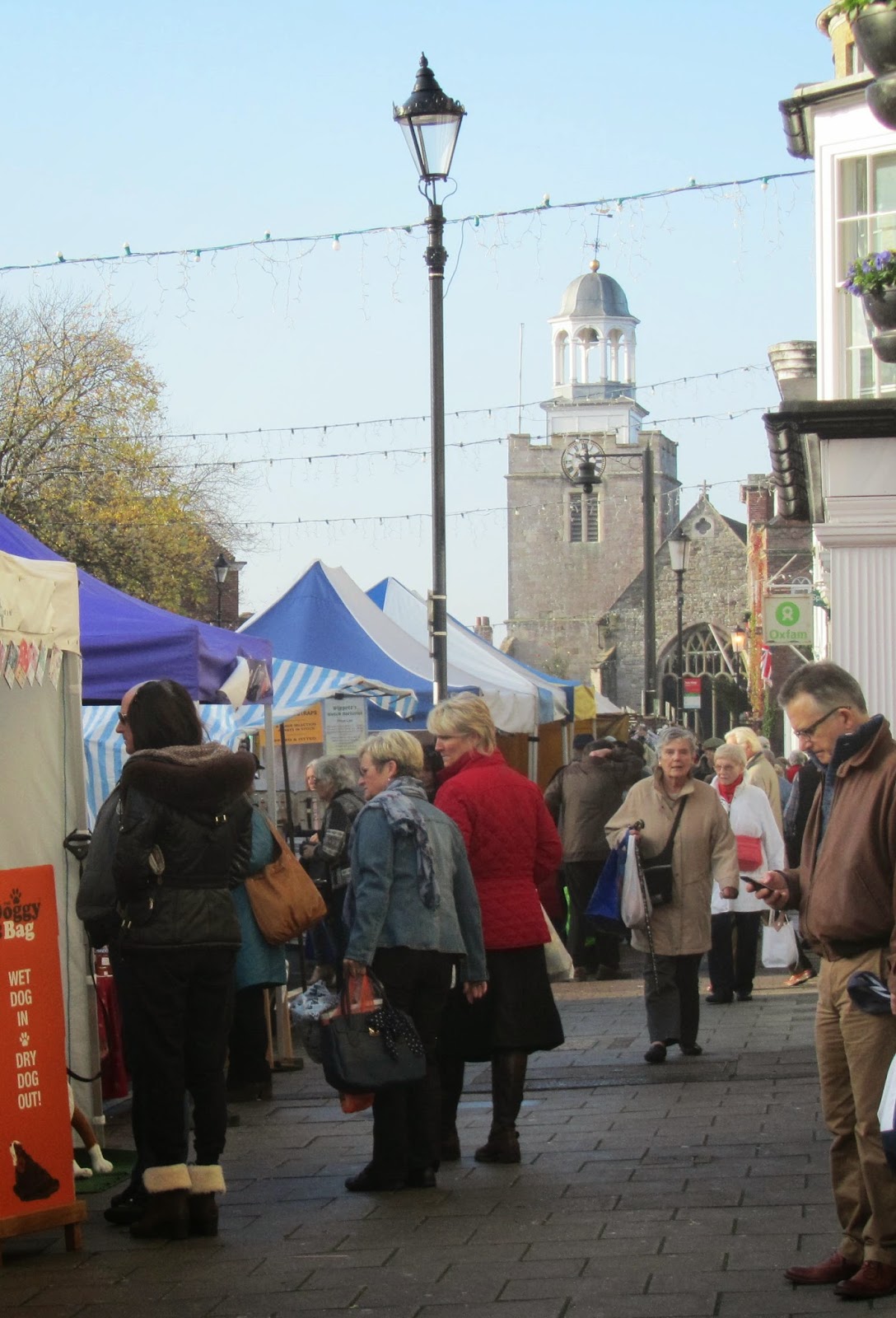 After the madness of black Friday's sales, good to walk through Lymington and find the market as busy and happy as ever. It's pleasant to walk to Mass and be greeted by some of the stallholders and shoppers - "Morning, Padre", "Morning Vicar". Sometimes I even get called "Father". Back half a century ago when we walked from the clergy house to church in North End the Dockyard mateys on the way to work everyone called us Father - but then, Portsmouth had experienced a century of the Anglo-Catholic revival. By the 1960s there were four of us unmarried clergy looked after by a Housekeeper - besides the Vicar and two married priests-in-charge living near the three churches. There was a Sister on the staff too, a Nun of St Peter's Convent in Woking. I think that parish is now down to a solitary Vicar. O tempora, O Mores!

After Mass on Saturday there is always coffee and cakes in the old school (now called "Joseph's Place"- he seems to live across the road from Mary, since the Presbytery is now called Mary House. Today the cakes were especially lavish - probably to prepare us for the rigours of Advent 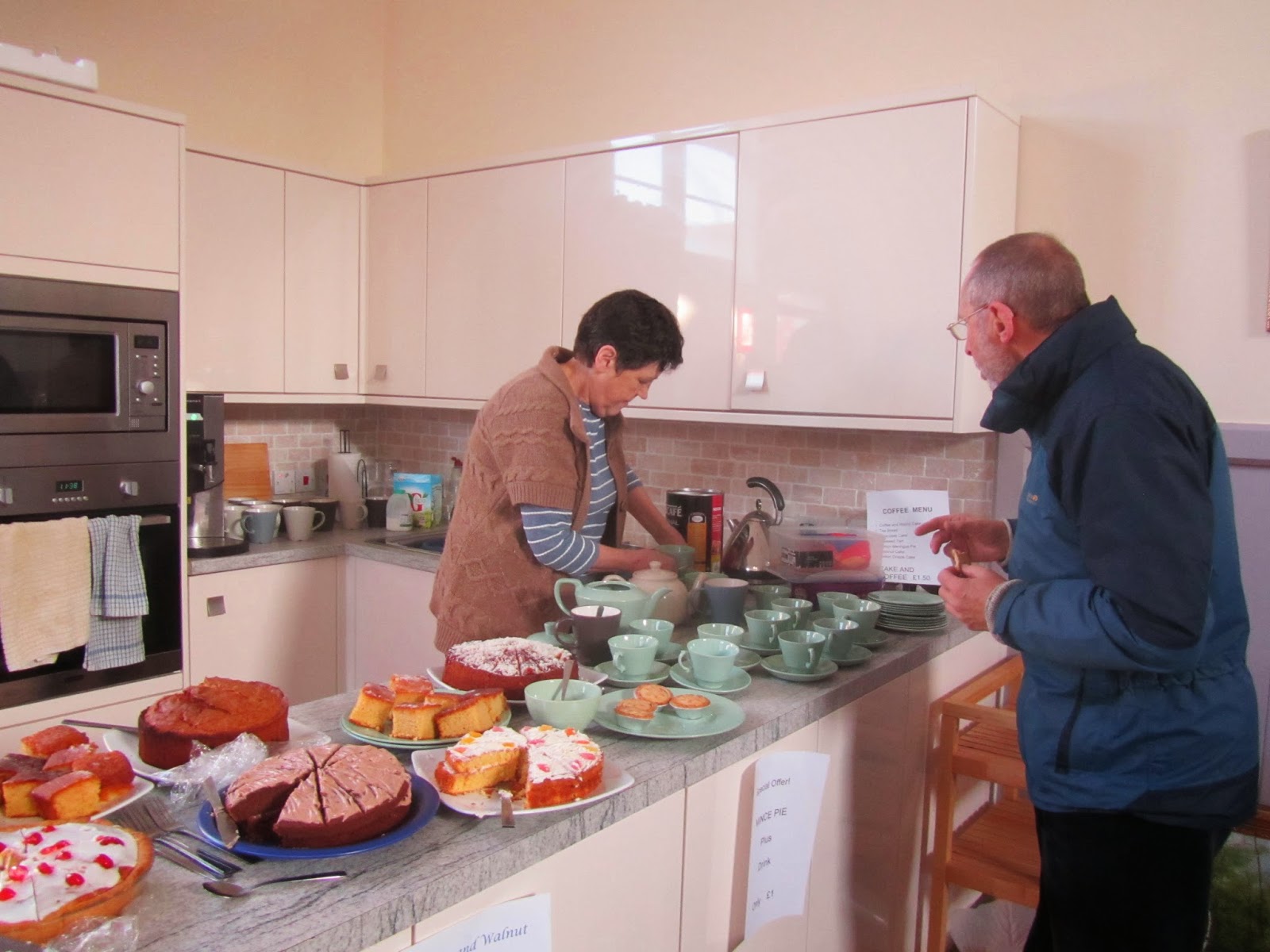 Then home again up the hill through the market crowds. Later today we may get to St Dominic's Convent where the Sisters are having a Christmas Sale - but not, I expect, a black Saturday.