After a Novena of prayer the Salisbury Ordinariate decided to try something new. We need to reach out to Christians of other denominations; and so a trial run was held last week at our Pastor's home. It went well, but with only a very small number present because of the short notice.

This week is part of the Octave of Prayer for Christian Unity; so we decided that we would invite people to Chateau Barnes to celebrate St Paul's Conversion. Wisely my wife included an 'RSVP' slip. Now it looks as though we shall have a dozen or so attending; and our largest room will only comfortably accommodate about eight. Accordingly the occasion might be a trifle packed - but no doubt the Lord will provide. If  he could feed five thousand in Galilee he can no doubt cope easily with a dozen or so in Salisbury. Watch this space.
Posted by Edwin at 09:01 1 comment: 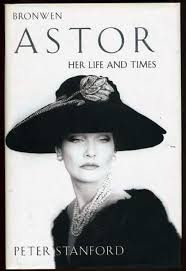 Today the Telegraph posted an obituary of Bronwen Astor, born Bronwen Pugh. She was, we were reminded, a famous model, daughter-in law of the fearsome Nancy Astor and chatelaine of Cliveden when it became notorious. I remember her though as a good friend in Godalming, where after her husband's death she had retired to a lovely country house. 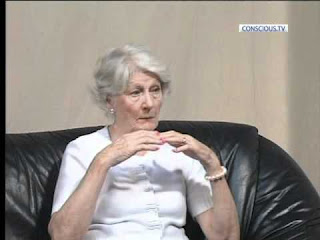 The local Catholic priest had asked me, at that time Rector of Farncombe, if they might use a room in our church school for a weekly Mass. I suggested it would be far better if they were to use our church. Everyone seemed to think this was a good idea - except for two bishops, the Catholic Bishop of Arundel and Brighton and the Anglican Bishop of  Dorking (holding the fort during an interregum in the See of Guildford). Rather reluctantly they gave their permission.

In Farncombe we had an ecumenical community, a group of ladies led by the formidable Carol Graham, many of them (like her) returned missionaries. Their Charism was praying and working for unity, and their House was the former home of the Revd Somerest Ward, noted Anglican spiritual director. They were greatly supported by Bronwen. She had set up a Retreat House in her home - she was a fairly recent convert from the Church of England to the Catholic Church, and was very concerned for all things ecumenical. When she heard of  the difficulties we were facing she used her considerable influence to persuade both bishops to permit this sharing as an 'experiment'.

And so it happened that in December 2014 Fr James Rattue, Rector of St John's, invited me back to preach, That evening we celebrated forty years of the still-continuing 'experiment'. Catholics and     Anglicans in Godalming and beyond owe Bronwen Astor a great debt of gratitude


May she Rest in Peace.
Jesu, Mercy.
Mary, Pray.