By a happy chance today there was also a meeting of the Confraternity of Catholic Clergy.in St Patrick's Soho Square, and a number of members of the Ordinariate  who also belong to the Confraternity were present. The occasion for our meeting was a paper presented by Neil Addison on the Church, the Law, and Religious Freedom. The most important part of his talk for me was the advice that if you CAN avoid going to law, then that is the best solution!

Mgr Keith has often commended the Confraternity to us, and it is one of the places where we are able to meet with Catholic Clergy from around the county and not have any need to explain ourselves. From the moment I joined I have felt at home and welcomed. Next year there is a great International Meeting in Rome - I'm sorry that I shall not be able to be there - but there is to be a Retreat after Easter when I do hope to be present.

The meeting today was a local regional event for London and the Southeast. There a few other groups which meet around the country, but apart from London (which is easy but expensive to get to from home) our next nearest is in the Southwest, usually meeting in Exeter. 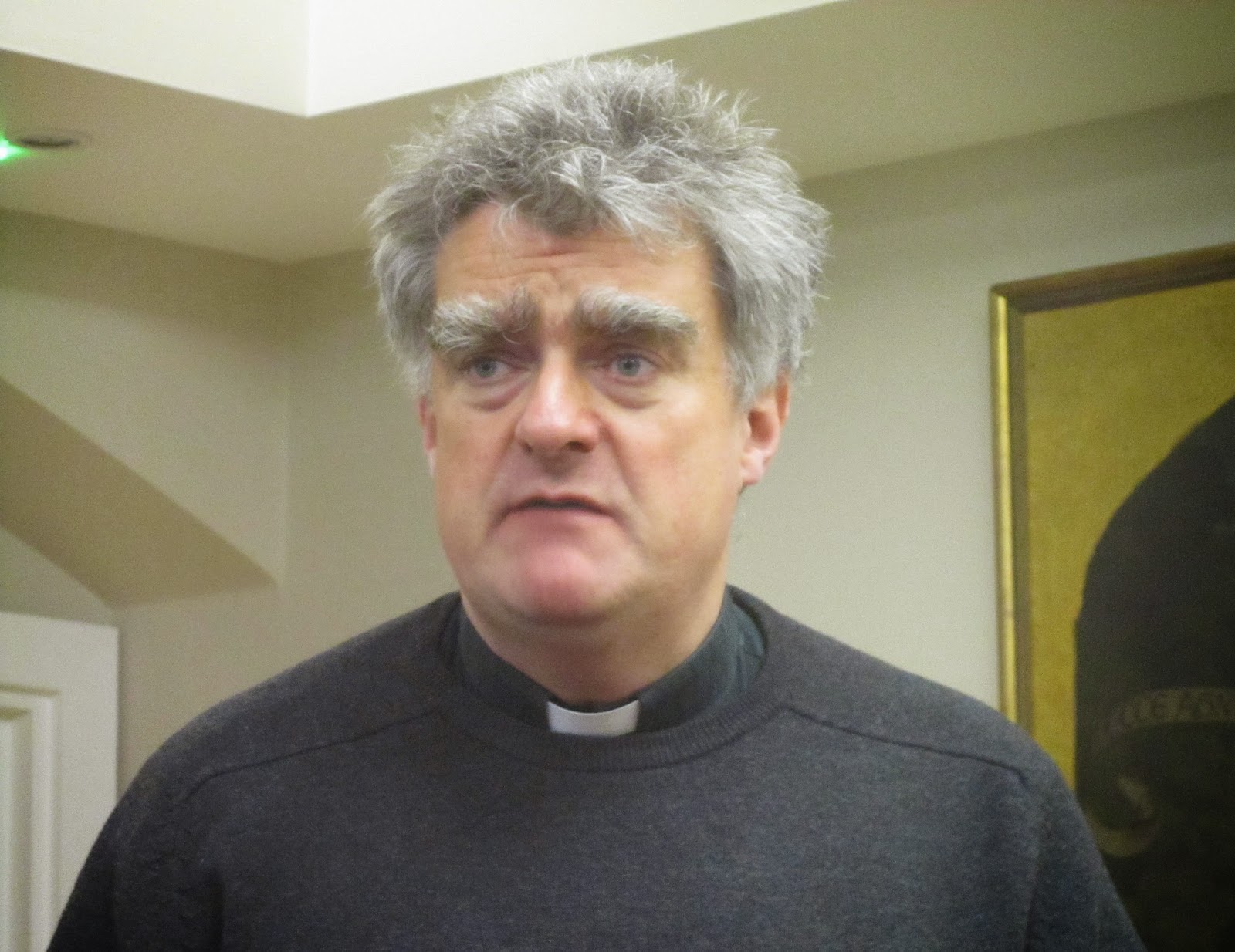 Today we were guests of Fr Alexander Sherbrooke, who always makes us welcome - we have also been to his Church as the Ordinariate. If you do not know St Patrick's it is, as Michelin used to say, worth the journey. Just round the corner from Tottenham Court Road, it is most beautiful - and most hospitable. Sorry I caught Father looking a little fraught - probably at having such a gang of priests on the premises.


After a good lunch we had a time of prayer and then discussion about the recent Synod of Bishops - but since visitors were arriving in Lymington I had, sadly, to leave early.