Where did they find THAT? 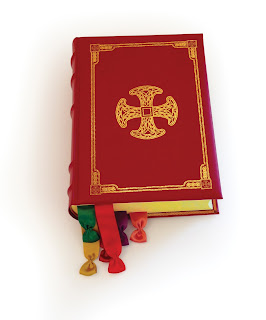 We have been using the Ordinariate Missal and none other for some weeks now in our small corner of Hants and Dorset. Increasingly I have found it's been little details which have become most trying. Many of the prayers from the Anglican Book of Common Prayer I remember from years of use, so when there are tiny but apparently meaningless alterations I have to keep my eyes fixed on the page instead of just praying the prayer. Why did they do it? Where did they find it?

There are several such trivial amendments in the Prayer of Thanksgiving - the invariable post-communion prayer in our Divine Worship Missal. So, for example, the original Prayer Book version reads "we are very members incorporate in the mystical body of thy Son which is the blessed company of all faithful people". Divine Worship omits "which is"... and so provides an unnecessary jolt for those of us brought up on BCP.  Another dislocation occurs when  "we most humbly beseech thee" becomes baldly "we humbly beseech thee".  Changes made for no perceptible reason. 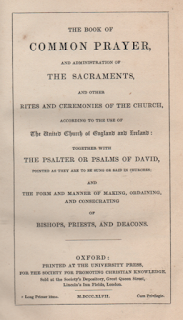 A longer omission occurs earlier in the prayer. "We most heartily thank thee for, that thou dost vouchsafe to feed us, who have duly received these holy mysteries, with the spiritual food" &c. In Divine Worship this is abbreviated to "that thou dost feed us in these holy mysteries, with the spiritual food". Now if there were some consistent attempt to abbreviate and simplify such an emendation might be make sense. But that appears not to be the case. When it comes to the prayers over the gifts, far from simplifying there is a sudden outbreak of volubility.

I had supposed that we have to thank our transatlantic cousins for all the annoying oddities in our Missal. Certainly the ones I have so far quoted can be laid at the door of the "Book of Divine Worship" of the old American "Anglican Use" Roman Catholics. So I went to that book to see if the prayers at the preparation of the gifts came from there. "Whence it shall" seemed a  peculiarly American construction. Not so, and I apologise for having thought it. No, BDW has, like the Roman Missal in its most recent English form,"It will become for us the bread of life".

So perhaps someone can help me understand just whence this verbiage comes? Is it maybe from the so-called "English Missal" beloved of many Anglican Papalists (most of whom, it seems, managed not to hear about Anglicanorum Coetibus).  And why? It is a terrible case of half-timbered English, which is used much more effectively in 'Upstart Crow' - incidentally one of the best things on Television for the Shakespeare Centenary. Perhaps that is the answer. When our Liturgy is revised, as surely it needs to be before it infects other parts of the Catholic Church, the Commission might ask Ben Elton to look at the language. At least he would give us a few laughs.
Posted by Edwin at 08:34