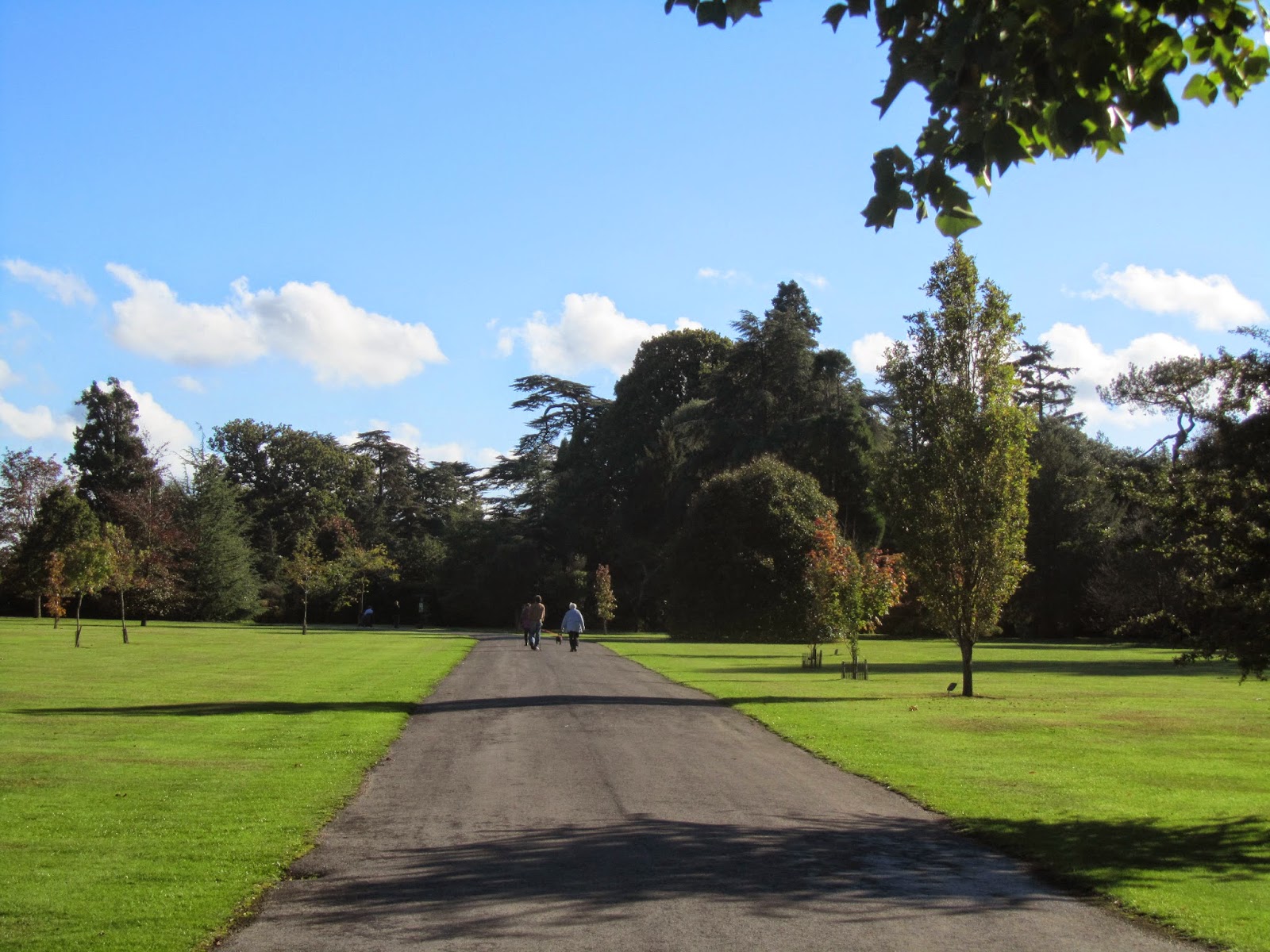 Sermon prepared (so what do YOU make of the guest without the wedding garment?) and notices printed,which gave us a little free time this afternoon for another visit to Exbury. The Rothschild house in the middle of the estate is a bit severe (and a very odd shape - 20th century re-working of a Georgian original which belonged to the Mitfords). The gardens though are magnificent.Jane buys us an annual ticket, in time for the Azaleas and Rhododendrons  - but in some ways I prefer to visit now - the trees are magnificent and you can see them without being distracted by all the flowering shrubs - and in any case these autumn colours are marvellous. Today we had the whole place almost to ourselves. 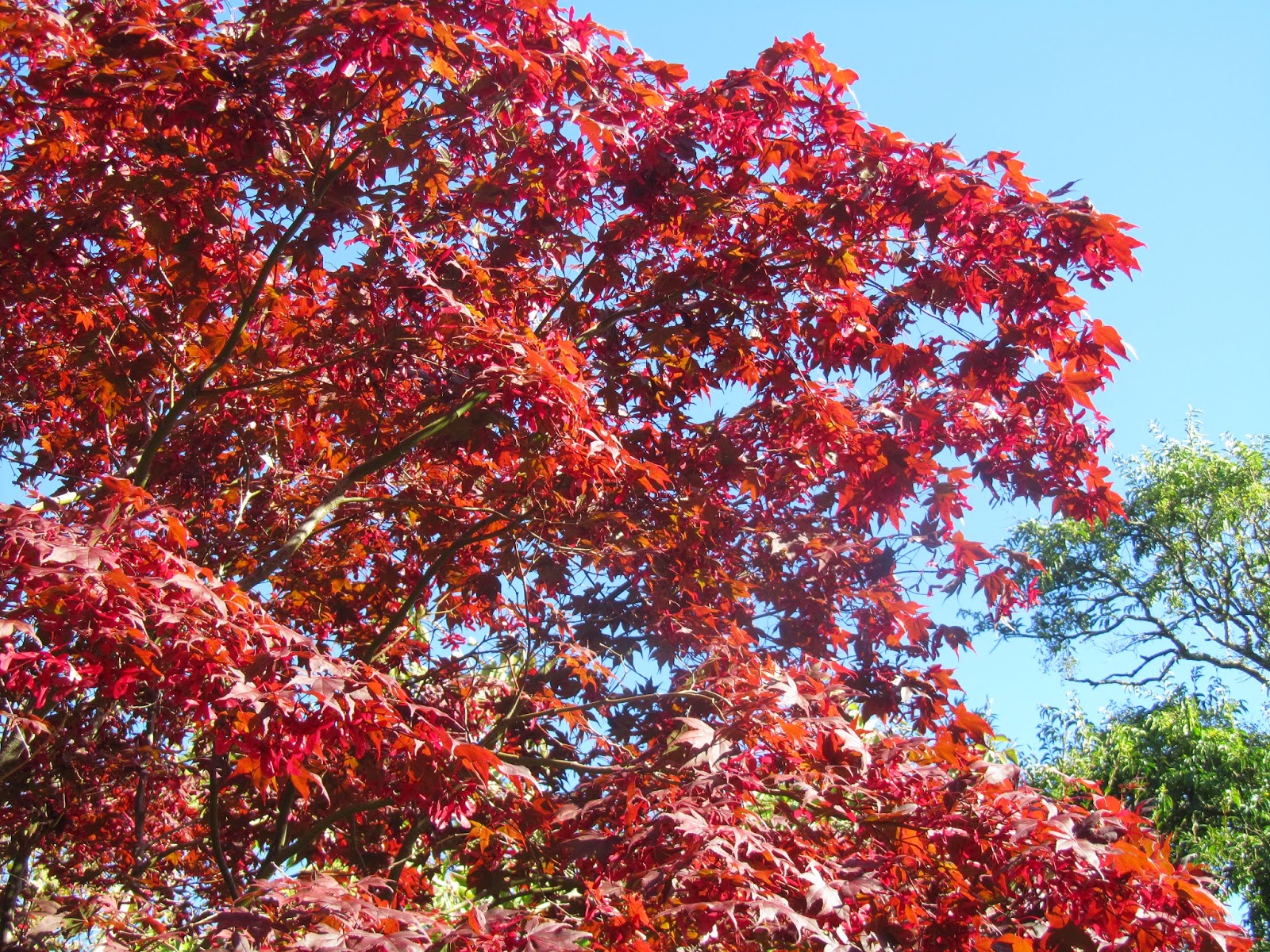 The acers are making a great show, but so are many other trees. This year too everything is fruiting well; so before long the pigs will be out in the forest, eating the acorns. The Verderers hope that this will stop too many ponies from becoming ill - their digestive systems do not work on acorns, and they can even die if they overdo it. At Exbury it was the beechmast which was crunching underfoot everywhere, and the maples were bright with their fruit. 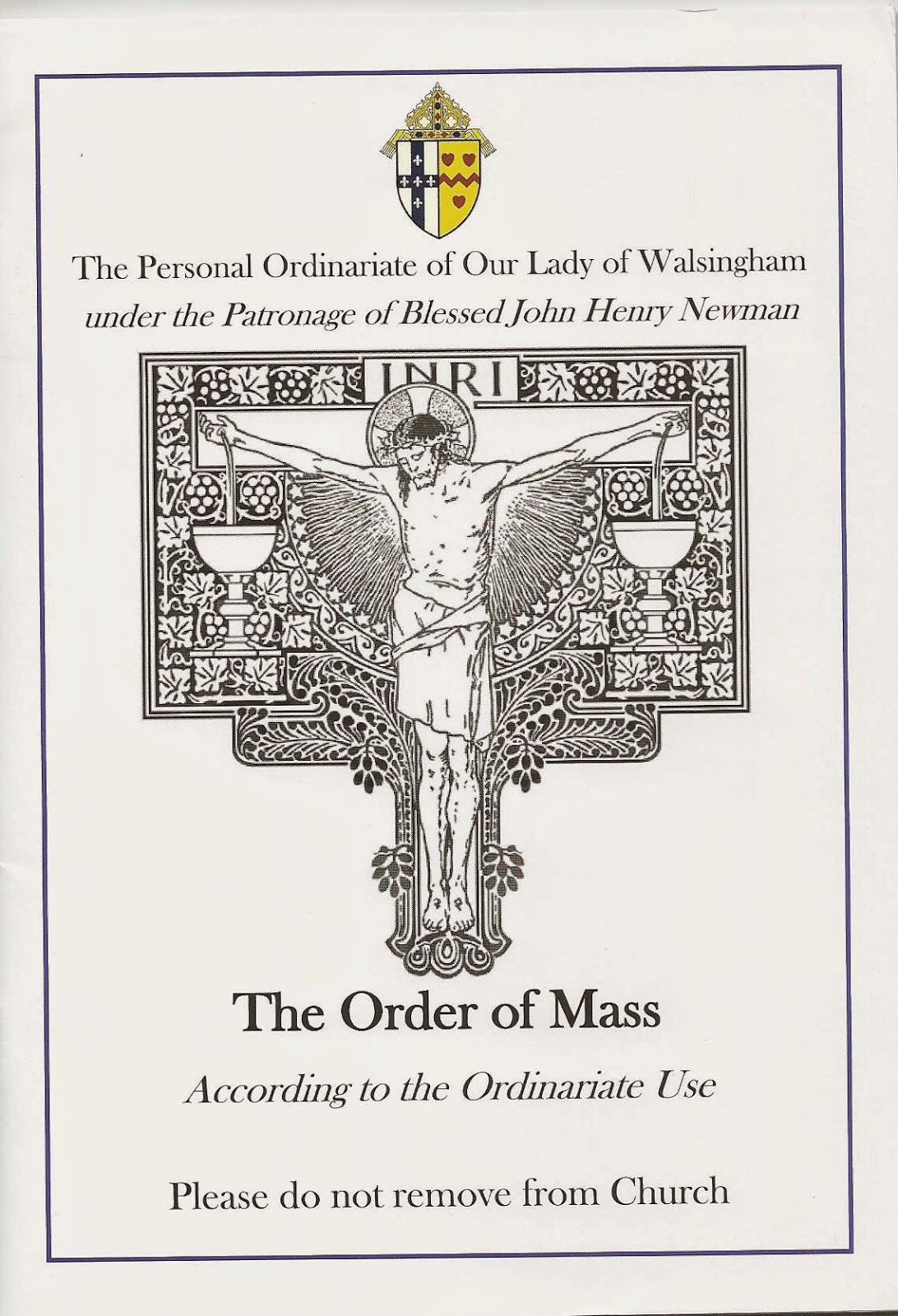 Tomorrow we will be looking at the recently produced booklet of the Ordinariate Rite. We've decided to use it throughout Advent, so this production by the Friends of the Ordinariate will be very welcome - we simply have to determine tomorrow how many we might need. It is a very  handsome production, with rubrics properly done in red, and the music (Merbecke) set out very legibly. I think it will do a great deal to help commend the Rite to those who have misgivings about it. It was originally intended for the Ordinariate's London Church in Soho, but I think it will have a much wider use than just Our Lady of the Assumption & St Gregorys' in Soho.

There are so many more pictures of Exbury which I took today - but I think I will post the rest of them on Facebook rather than boring you with them here.