Called to be One 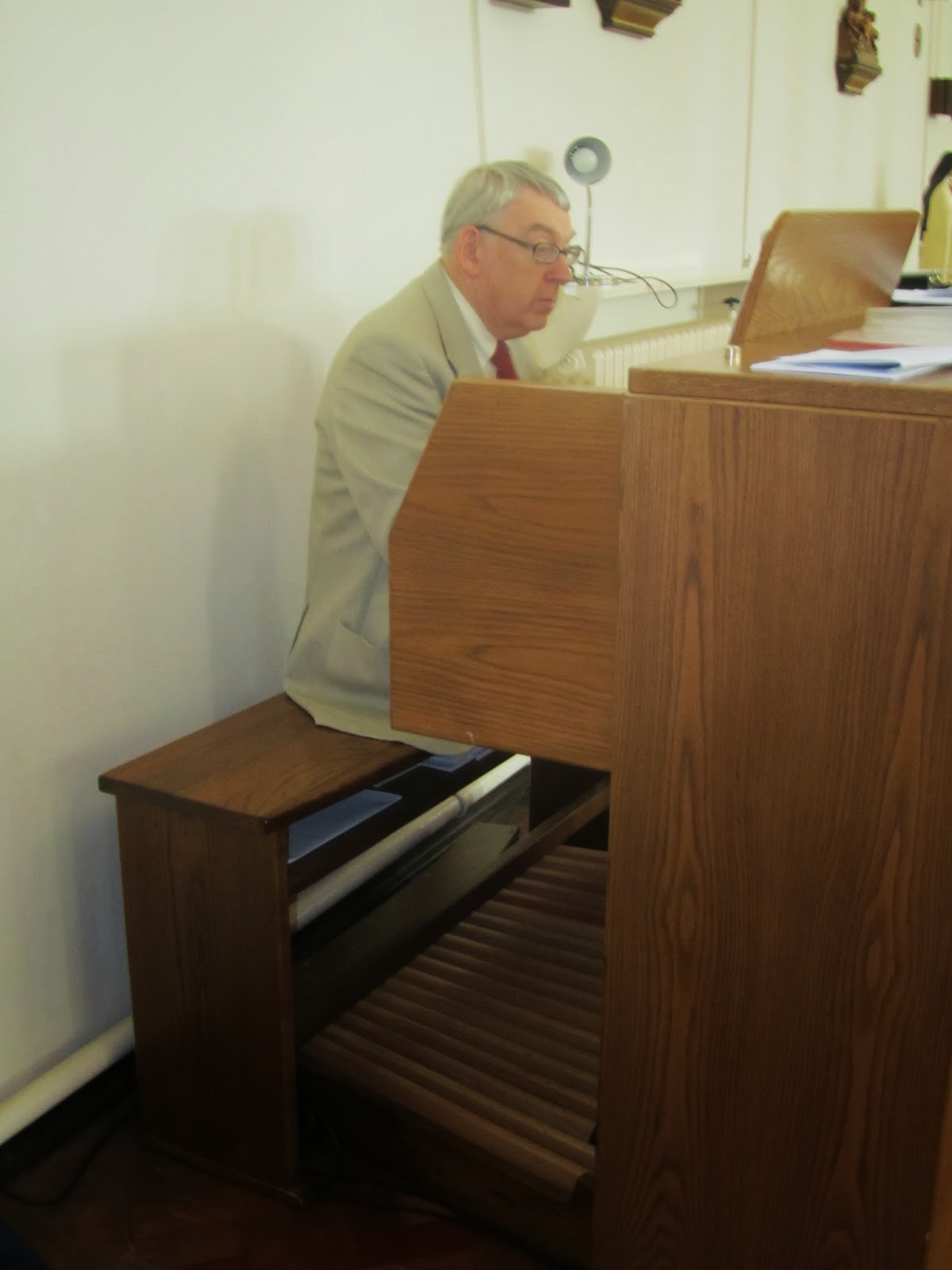 All the members of the Bournemouth Mission pulled out every stop - quite literally in the case of Peter Cook, our Organist and choirmaster: He got us off to a great start with his forty-five minute recital - everything from JS Bach to a little waltz - the Petacuk waltz - written for him as a piano piece when he as very young, and now transcribed by him for our mighty organ. He made it speak first as a classical baroque instrument, and then like something from the ballroom of the Blackpool Tower. Great fun, and a very good beginning to the day.

We have been planning for this day for many weeks; ads in the local press, a mailshot delivered by hand to about 300 homes in the immediate vicinity, and then telling our friends, Anglican and Catholic about it.

We did not break any attendance records - most of the time there were about thirty of us present, but with people coming and going all afternoon we had, I'd guess, a throughput of fifty or sixty. Best of all, two of those who came are wanting to join the Ordinariate, and others have shown an interest..

During the afternoon we showed the Video which was put together mostly by the Torquay Ordinariate Group. They deserve the thanks of us all. One of our long-term Catholic visitors today said firmly "Every Catholic - and every Anglican too - should see that". In particular the interview with Mgr Keith was thought very clear, and very compelling. It opened up questions which our members were able to deal with individually, having all so recently made the journey from Anglicanism.

The church of St Thomas More has never looked better; and setting the High Altar with its big six candles (which generally are consigned to stand on the floor for Mass facing the people) made the setting so much more grand. It was arranged in this way for our celebration of Sung Evensong and Benediction - perhaps we shall try it this way round again when we begin to use the Ordinariate Rite in Advent.

One visitor who had not been in the building before was stopped in his tracks - "What a beautiful church!" he said - and so it is.

The flowers, especially those at the Shrine of Our Lady of Walsingham, were wonderful. It was there at the Shrine that we sang "Salve Regina" when the procession moved there after Benediction. Thee was also a display about Pilgrimage to Walsingham, since that event has been a feature of our life together.
So we had music, and conversation, and worship  during our Open Day together. Only one thing remained to make this a truly Odinariate event. We think hospitality is one of the gifts of Anglicanism - some have said it reveals our Benedictine roots- so we concluded the day with a tea party in the Hall. There were cakes and biscuits and trabreads - and even mince tarts, all baked by members of our Mission.
People had good appetites, but we still have some left over (not quite enough to fill twelve baskets) which we and the Parish will enjoy over coffee after Mass tomorrow.Which reminds me, I still have a few things to prepare, and it is getting late. After which, in the words of Sam Pepys, And so, to bed...