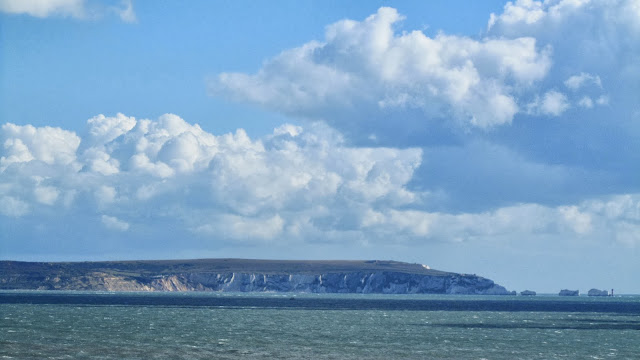 The Coast Near Home : the Needles

After so many posts as Ancient Richborough, it seemed good to start afresh; there have been too many with the Richborough title since I handed on the crozier twelve years ago, and Antique seems a pretty good title to go along with Monsignor. So if you've followed Ancient Richborough, thank you, and if you want to keep on the trail, welcome to the Antiques Supermarket.

Still people ask "Where is Richborough?" It is in the Southeast of England, a now silted up port beyond Sandwich, but once the bridgehead for the Roman invasion of Britain. It still has impressive walls, which were enlarged toward the end of the Roman occupation when the tribes from the east were invading. That was when the magnificent Triumphal Arch, the first in Britain, was dismantled to strengthen the fortifications. Richborough was also where Augustine wanted to land on arriving from Gaul; only to be kept initially on the Isle of Thanet, in a spot called Ebbsfleet. All this you can read about in Bede's 'History of the English Chruch and People' (if you haaven't a copy, there is a Penguin version, and a good read it is.) It was thanks to Archbishop George Carey that his two suffragans, with the task of caring for those opposed to the ordination of women in the Church of England, were named after those two historic spots, Ebbsfleet and Richborough. The suffragan sees continue, though it is not clear how long they may survive in the new dispensation. Two former Richboroughs and one erstwhile Ebbsfleet are now happily in the bosom of Rome, priests of the Ordinariate of Our Lady of Walsingham, along with another hundred or so former Church of England clergy and now well over a thousand lay people..

The other two former Provincial Episcopal Visitors (PEVs, know familiarly as 'Flying Bishops') are very much in charge of the Ordinariate Operation, indeed the second bishop of Richborough is now the Ordinary with responsibility for all of us in Great Britain who have joined the Catholic Church under the provisions of Anglicanorum Coetibus. Alongside Mgr Keith Newton, Mgr Andrew Burnham is his right hand man in matters of liturgy (and much else besides). Together with them, Mgr John Broadhurst, one-time Bishop of Fulham, is a leading member of the team.  Fortunately in my dotage I am spared such tasks, and instead simply have the care of the Bournemouth Mission, based at the Church of Our Lady of Lourdes and the Blessed Margaret Pole, in Southbourne.

My aim is simple in this blog; just to give a flavour of what it is to belong to an Ordinariate Group in its early days, as we begin to grow and develop our particular gifts within the wider Catholic Church. We now have a new version of the Roman Mass published, which aims to incorporate elements from our Anglican past. Our little group is studying and discussing just how and when we will be able to use this form of the Liturgy in Southbourne. At the same time, we are trying to help the Ordinariate centrally; so, for instance, on the last Saturday of this month we are having a tea-party cum bring-and-buy, in aid of the Sick and Retired Clergy Fund of the Ordinariate (3-5pm, Saturday 26th in the Church Hall if you are able to get there). We are trying to get neighbouring parishes, both Catholic and Anglican, to join with us at some celebrations - so a few weeks ago we had a Marian Festal Evensong, and we are planning an Advent Carol Service for the afternoon of December 15th. 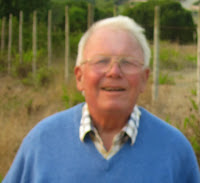 And we are growing; besides myself and another senior priest, Fr Brian Copus, we have a younger man, Fr Darryl Jordan with us. His Ordination to the Priesthood is to be on Sunday December 8th at 3pm in St John's Cathedral, Portsmouth. Little by little our congregation seems to grow, thanks be to God. We have already been recognised as no longer simply a "Group", but as a "Mission" - in due course we believe we might have the numbers and the strength to be named a Parish; but until then we continue to worship and study and pray together, knowing that my old school motto still hold true: "Dat Deus Incrementum".  Benedict planted, Francis watered (to adapt St Paul) and still God Gives the Growth.