This week has been all Dunkirk; but it stirred my memories, seeing all those old sailors and soldiers and airmen with their medals. We spent the war, mother and I, following father from port to port. He sailed on a convoy from Liverpool in, I guess, 1940. There we were almost killed when a landmine exploded in the street where we were staying. Meanwhile our belongings, left in digs in Devonport, were destroyed in another raid. So father decided we should go to Greenock where his Destroyer was next based. 'The German bombers can't get that far', said he; within a week they had made it to the Clyde, and so another house where we were in digs was destroyed. But we remained there, in other lodgings, and went back to Scotland on three different occasions. Between these visits we would be in Devonport, or Croydon with maternal granmother, or in South Wales.That is how I managed to change school eight times between the ages of five and eight. It explains a good deal about me, I suppose. Meanwhile we had no notion of the conditions faced by our sailors on the way to Murmansk and Archangel in the depths of the Arctic winter; convoys which enabled Russia to continue the struggle against the Axis Powers.

Father had joined the Royal Navy at the age of thirteen; his elder brother signed his papers (saying he was fourteen, the age for enlisting in Boys' Service). That was in 1925. From then until the war he had been a submariner, had served on an aircraft carrier, and became a Petty Officer (Gunner). 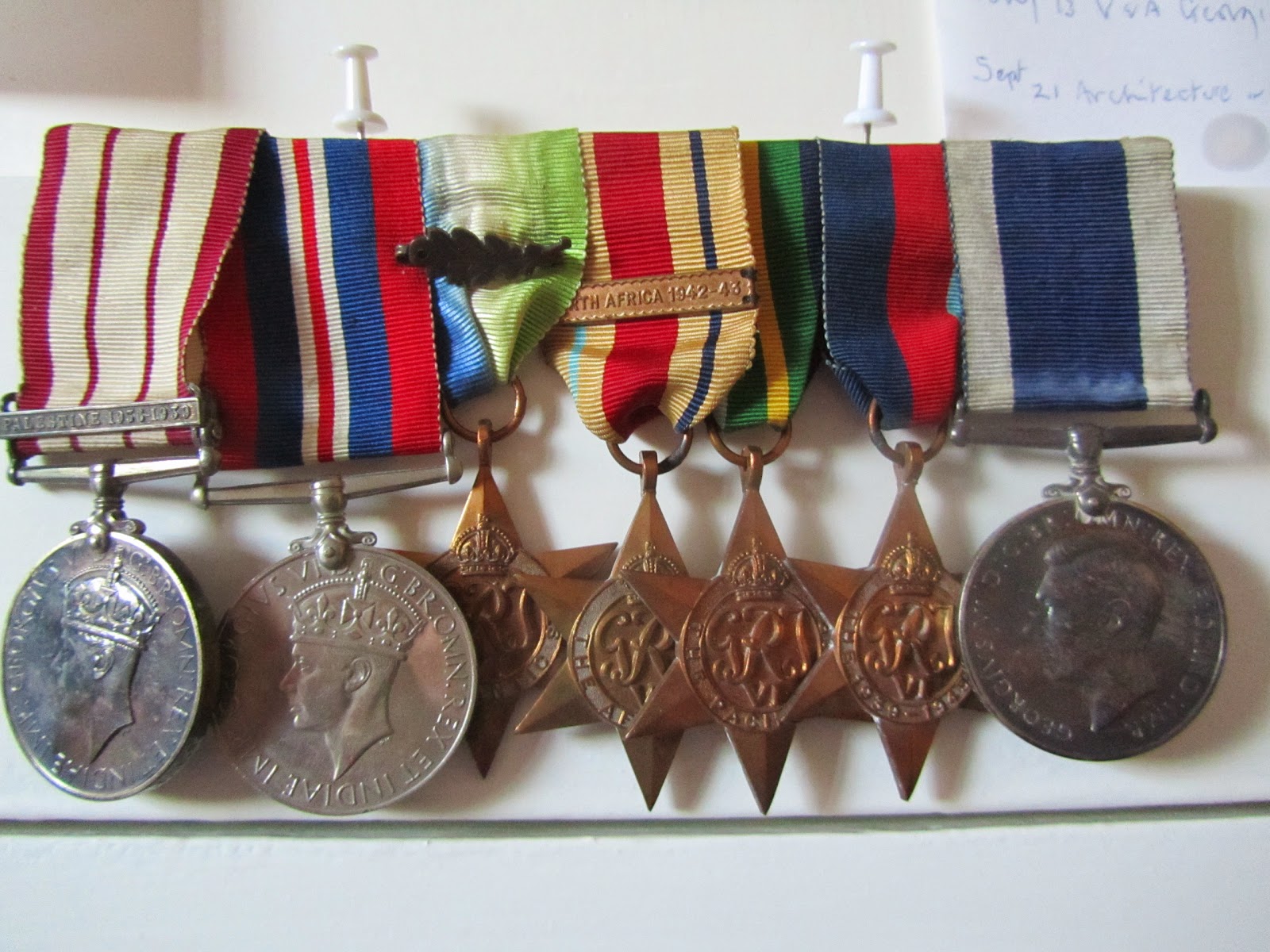 Throughout the war, he served as a gunner on Destroyers. The mournful sound of their sirens as they left port is with me still. All his brothers (there were seven of them) had joined the services in the 20's. My grandfather was a farm labourer, and his sons wanted to escape the grinding poverty of life on the land. The family had been peripatetic, moving from farm to farm wherever the work was. So father had been baptized at Abbot's Ann near Andover, had gone to school in Combe Bissett neat Salisbury, and at some stage they were in Worplesdon in Surrey. When I knew my grandparents in the 1940's they were in their last home,  a smallholding in Botley, just the other side of Southampton from our present home.   Father and all his brothers became senior NCOs - Chief Petty Officers or Sergeant Majors. Father was the only one of them to be offered a commission. I can still remember - by then I was eight - how he wrestled with the idea. Though he might not have expressed it in such terms, he was afraid of betraying his class. It was in mid 1944 that he was recommended for a Commission, which he received the next year. He had a very happy time on board HMS Guardian, one of the Navy's two net-layers, and with that ship went to the Far East.. Recommendations from a succession of Commanding Officers made it clear he was destined to move up beyond Commissioned Gunner, but it was not to be. His health gave up, and he was invalided out of the service in March '48 at the age of only 35; he had served in the Navy for 22 years.

The war claimed many lives; some immediately, some more slowly. Father continued on a full disability pension until he died in 1970, a little before his 58th birthday. The medal ribbons tell the story; Palestine before the war, mentioned in dispatches while on the Russian Convoys, then the Africa Star - they went straight from the Arctic to the North Africa landings at Oran. The Pacific Star, the War medal 1939-45, the long service and good conduct medal (which father said was for years of undetected crime). He would have been 101 had he lived. Last week his sole surviving brother-in-law, the last of my uncles, died aged 98. He has been a Sparks, a Naval Electrician during the war ... but that is another story, which I shall tell at his funeral on Friday next. At least now you will understand why I claimed my father's Arctic Star which the Government so belatedly and grudgingly awarded this year. Maybe if we made more of that campaign we would find President Putin a better friend.
Posted by Edwin at 13:55